As you might remember, the main focus of renovation project has now moved downstairs. Now, we are glad to report the near completion of the very first part, which is a small room behind the bathroom (see the floor plan). This room was, from the very beginning, agreed to be used for various hobbies, such as furniture restoration, diving equipment storage and care, and all kinds of miscellaneous arts and crafts. In other words, this room was to become the Man Cave (freely translated in Finnish: "Miljoonahuone"). 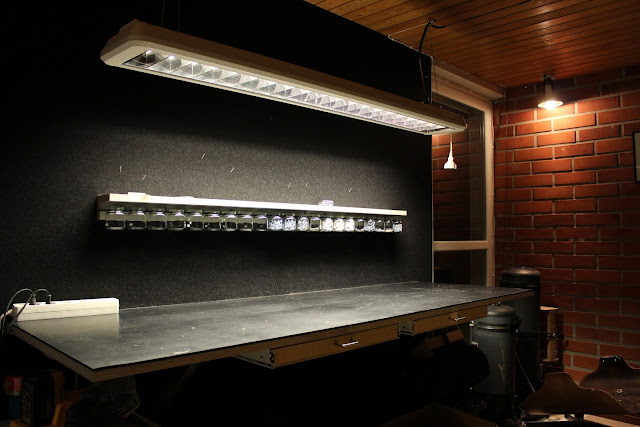 The leading idea for the Man Cave is crystallized in the Bauhaus principle: "Form follows function". For instance, the room has an efficient working light above the desk, which is set at the kitchen counter height to allow comfortable working position. On top of the desk there is a protective sheet of vulcanized rubber and several electricity sockets for simultaneous use of tools. The floor is covered with a plastic mat, so one does not need to care for spills. 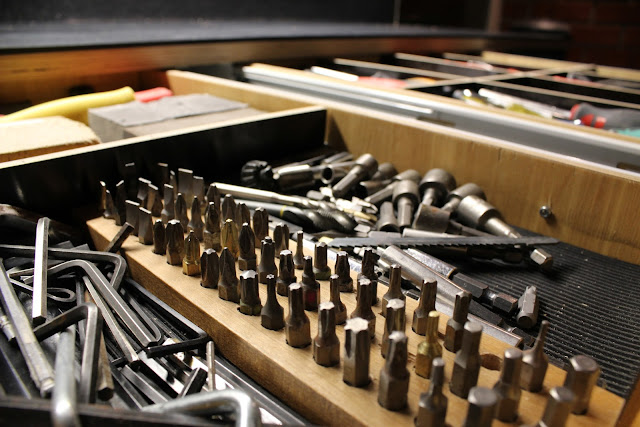 Now, every single tool has its designated place, and they can easily be found without swearing and cursing. Also, earlier all the diving gear, rebreathers and such, were lying around the dining room table waiting to be cleaned after use (and obviously thus annoying everyone). Now, they also have a place where they can be left waiting to be cared for. Needless to say, priceless. 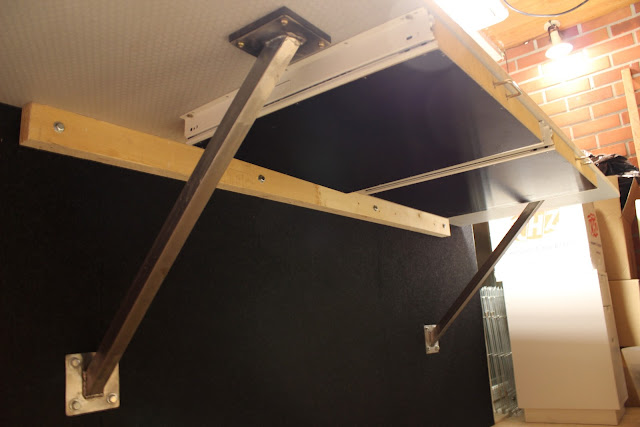 The old wallpaper was removed, and borrowing an idea from a work project Pekka installed self adhesive Buzziskin felt on the wall (Thank you, Anu!). It is not only visually pleasing, but it also functions as an acoustic wall and offers a surface to put up photos or blueprints. With the two welded metal support pieces, the desk top was designed to carry up to 200 kg. So it won't be the desk which will form a bottleneck for any given project one might desire to take on in the Man Cave. 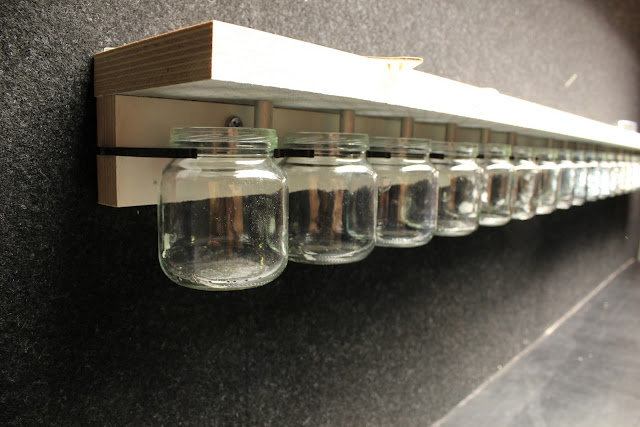 Minna's father, inspired by his three young grandchildren, introduced his idea of utilizing empty baby food cans to Pekka over the Holiday visit to Kuopio. Being someone who makes a living in product development, Pekka instantly saw the genius in his father-in-law's idea. Being someone who tends to get sucked in very deeply into a given project, it was not surprising this particular project also grew a bit out of proportion. Just a bit. But the row of storage cans for nails, screws and other what-nots helps one to get organized. 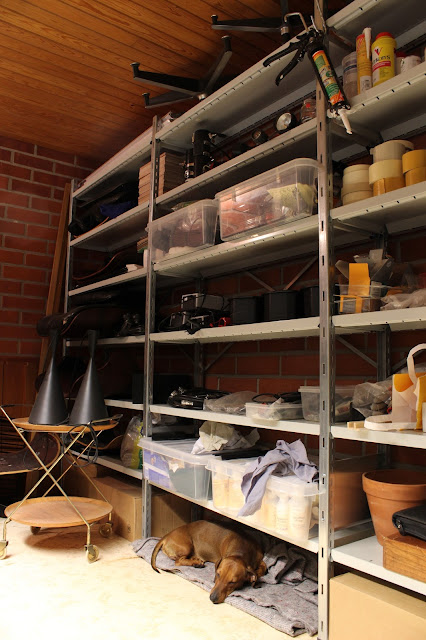 The Man Cave also has plenty of storage space for antiques. Of course, there is a designated place for Urho as well, as he likes to join Pekka downstairs and oversee the progression of his master's projects. 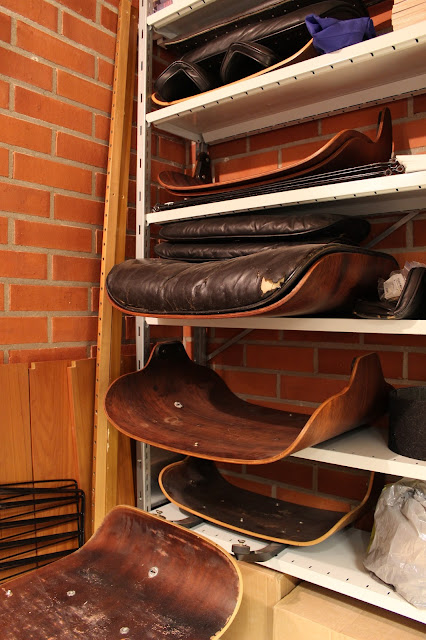 Remember the Eames Lounge chair from the posting called "One sunny morning"? Well, in the Man Cave there are actually two more of these chairs - one made by Herman Miller and another by Vitra, both vintage. The Vitra one is not actually ours, it is here for restoration and will be moving away sometimes in the future. So currently, they are both dissasembled and being restored - a story to be shared with you later. By the way, just in case you happen to be interested in buying an Eames chair, let us know. One of them is indeed for sale!
Posted by Minna & Pekka - Olive Green at 23:54