Heads up if you happen to be in Helsinki this weekend! Helander Auction House will host an MCM auction on Sunday, April 10th.

Of course we went through the list right away when it was published. There are quite a few interesting items to be auctioned, and here are some of our picks. Rather focused on glass- and tableware his time - no wonder, many of them are made by the Finnish masters, Tapio Wirkkala, Kaj Franck and Alvar Aalto.

So, here is what we chose:


948. Juice set by Saara Hopea
The beautiful set consists of 8 drinking glasses and a pitcher placed in a willow basket with a rattan-woven handle. It was designed by a Finnish designer Saara Hopea and manufactured by Nuutajärvi glass factory in 1952, and was in production in 1952 - 1968. The drinking glasses won a silver medal in Milano Triennale 1954. 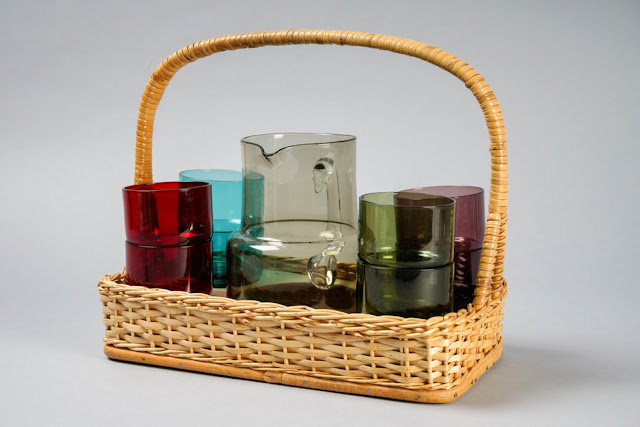 996. Signed vase by Alvar Aalto
A legendary Finnish architect and designer Alvar Aalto and his wife Aino Aalto designed the Savoy vase (also known as Aalto vase) as a part of a competition for Iittala in 1936. It has been in production since 1937 (this ruby red vase to be auctioned was made in 1991), and the same year it was also displayed in the Paris World Fair. Originally, Savoy vase was part of the interior design of Savoy Restaurant in Helsinki, which was also designed by Aalto. 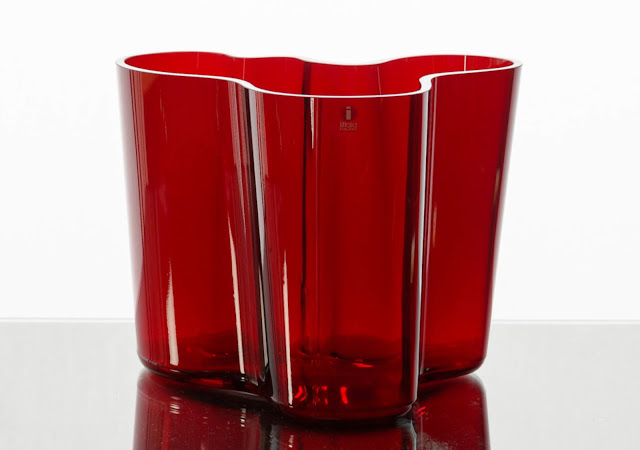 1065. Wall mirror by Alvar Aalto
Alvar Aalto designed the 192A mirror (120 cm x 50 cm) in 1939, and it is currently manufactured by Artek. The mirror frame of this particular piece is made of birch. We lack a full size mirror in upstairs, which is far from ideal and the 192A mirror would be the perfect size for the hallway in upstairs. But is birch too light, should we search for one made of teak instead? 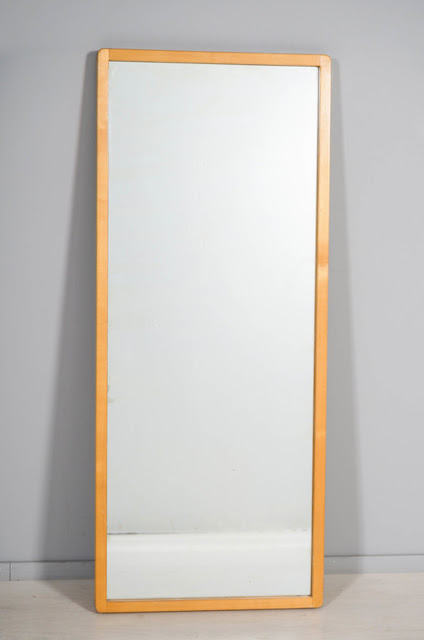 1075. Kartio drinking glasses by Kaj Franck
Kaj Franck designed the stackable Kartio glass for Iittala in 1958. Franck, who was Iittala's head designer for several years was interested in creating objects for daily use shedding all decorations and aiming for durability and functionality. This set of six coloured drinking glasses is auctioned with their original container. 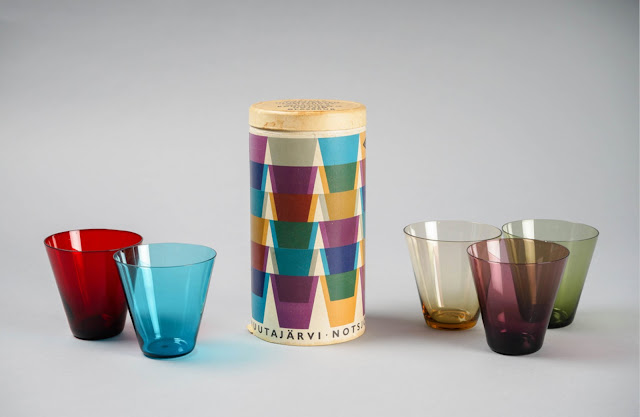 1242. Glassware byt Tapio Wirkkala
The design of Ultima Thule glassware was inspired by the Northern winter and ice. Tapio Wirkkala, another one world recognized Finnish designer is one of our favourites as is comes to glassware. So as year 2015 marked 100 years since Tapio Wirkkala's birth, it was only appropriate to use an Ultima Thule serving platter as a font in Eino's (who was born in 2015) christening. The set to be auctioned includes 16 different pieces. 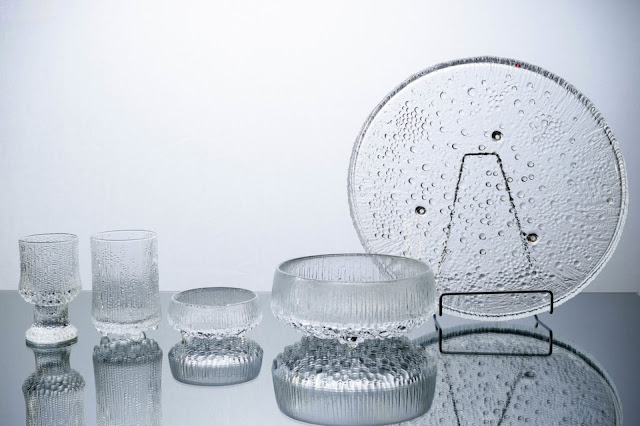 1508. Tea and coffee set (Arabia)
Arabia's Kosmos series was named after the decoration designed by Gunvor Olin-Grönqvist and applied on Ulla Procopé's model S tableware. Kosmos was in production between 1962 - 1976. We really like the colour palette of Kosmos - very strong and modest at the same time. The set to be auctioned includes 23 pieces. 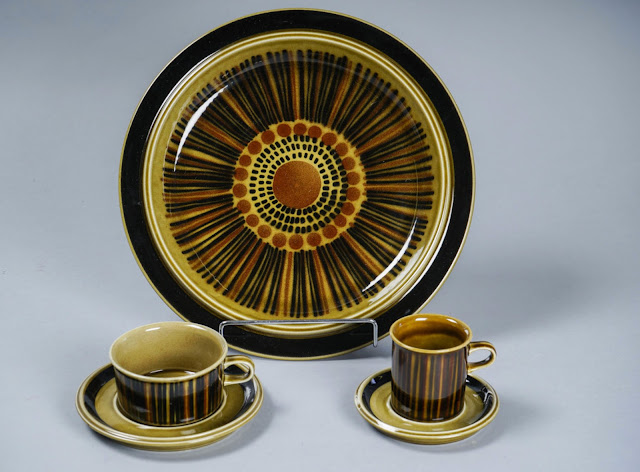 So, let's see what happens on Sunday...perhaps we'll see you there!

(All photos from the auction catalog)