So we try to approach clearing the back log of the recent projects somewhat in a chronological order. First, the back yard, which needed some lights. We decided to keep it simple, and chose Finnish copper lights nicknamed "cone", originally produced by H.C. Westerlund. 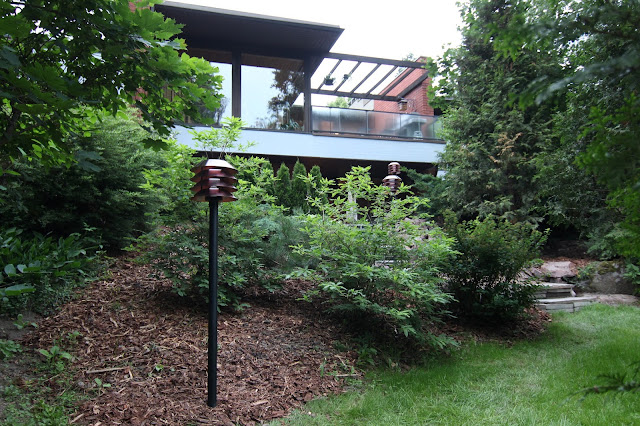 Pekka dug the holes (manually, of course) for the three lights aligned across the yard. For Minna's pleasant surprise, he was not gutsy enough to hook up the electricity himself, but instead called our trusted electrician Kaitsu to take care of this part of the project. 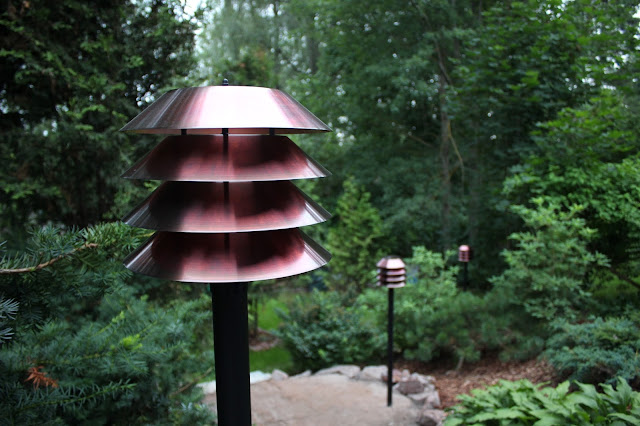 So now the backyard has light. The stem of the lights may be a bit too high, but can be shortened later if we so decide. The atmosphere the cone lights create is very nice. We need to take some evening pictures now when it gets dark, it is quite charming! 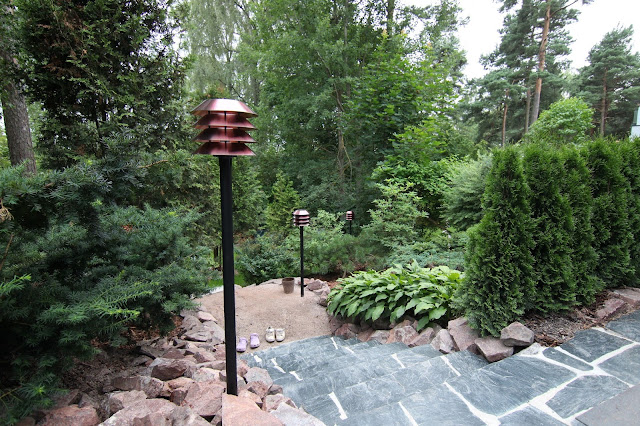 Email ThisBlogThis!Share to TwitterShare to FacebookShare to Pinterest
Labels: backyard 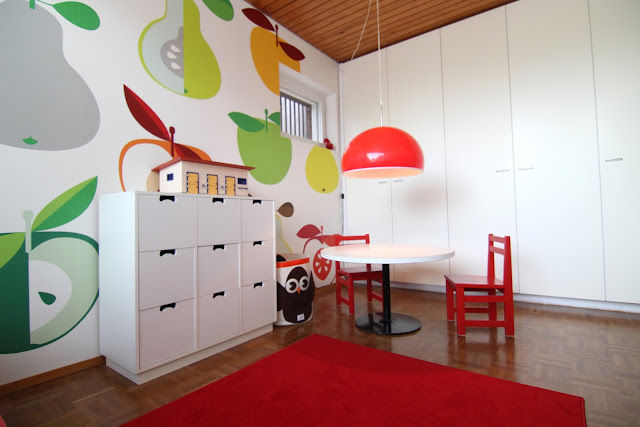 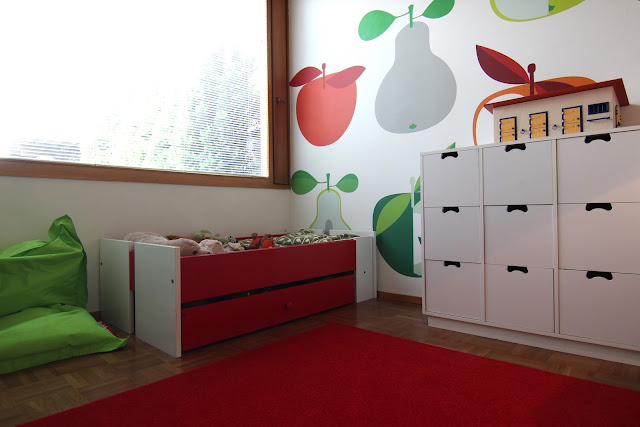