It was a double celebration in our family yesterday. First, it was the National Father's Day, Pekka's third. More importantly, it was also Urho's fourth birthday. Thus it now seems appropriate to let His Sausageness to tell a bit of his special day.

"Just like today, I love sleeping in. As long as it is warm and no one moves my blankets I don't really care about anything else. Especially if it is raining. If I can hear the rain drops, there is no way I will react unless I have to."


"Hmmm...am I right or is there something going on I should be aware of? This smell is somehow familiar...yes, it is bacon! And if I interpret the not so very subdued sounds of a two year old helping to prepare a surprise Father's day breakfast, I think I may have a chance to score my share."

"Too bad, no luck with bacon this time. But let's check out what is happening outside instead. Still not quite comfortable with these funky stairs. They should install some kind of a special ramp for us sausages."


"This is the far frontier of my territory. Fortunately it is not too cold. How boring, though, that due to these autumn related cleaning activities neither of my wing persons is available for a bit of exploration. Pity, I think I might have smelled another dog nearby. Or a rabbit. Not quite sure."

"I don't really get what they are doing running up and down the hill, probably it has something to do with these leaves. Whatever it is, I'm quite enjoying the ride in a padded wheelbarrow."


"For a dachshund I think I'm pretty skilled in striking a pose (incentives need to be attractive, of course). Naturally I'm quite handsome, but that I manage to look intelligent and brave as well. After all, I have four years of experience of doing the traditional birthday shoot."

"We shoot a couple of other options as well, none of those quite as flattering to my figure as the photo above. However I fully recognise some humans just can't get enough of us dachshunds, and thus I gave my permission to publish them all." 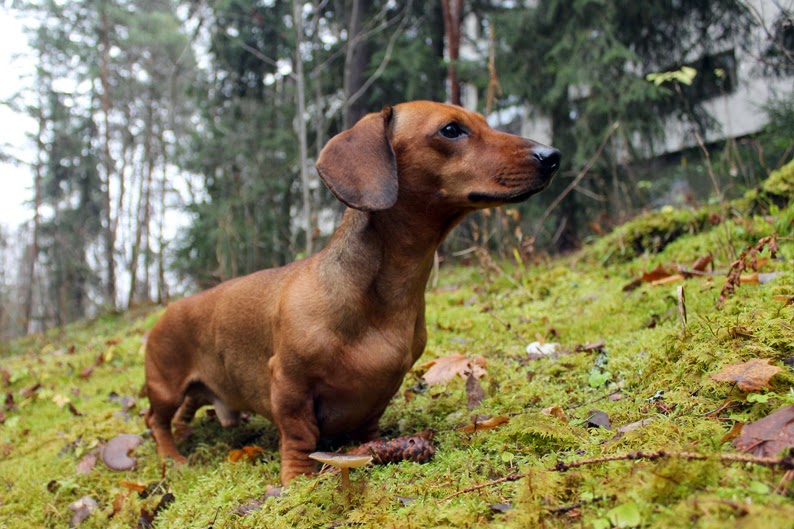 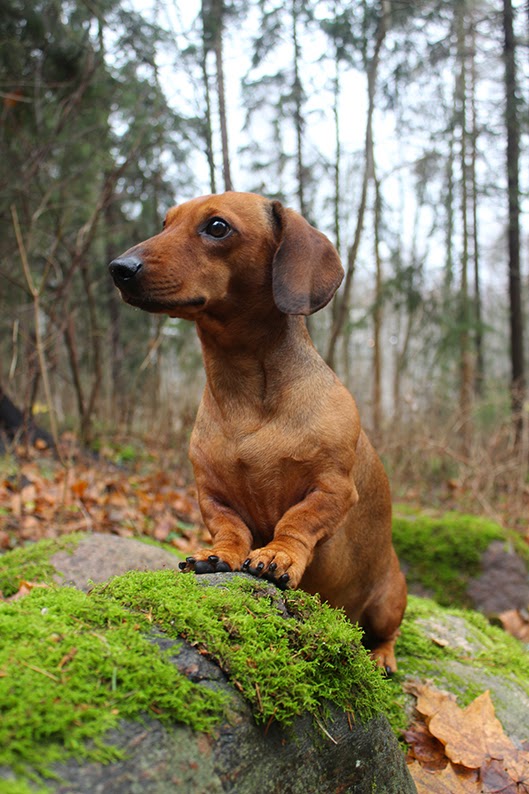 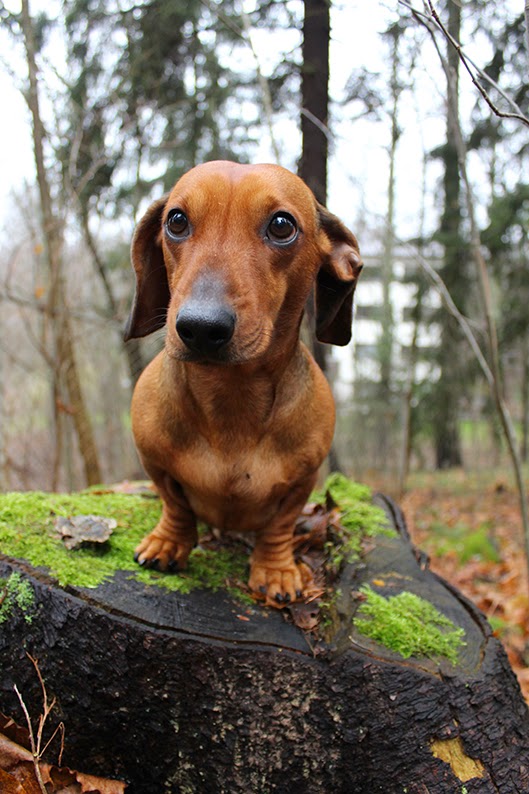 "Eventually, enough was enough. After all, it was getting a bit chilly and damp so it was time to go back inside. And there had been some rumours of a special birthday treat including frankfurters..."

"And yes, there it was. Not much of a visual masterpiece, but who cares - the rumour regarding the frankfurters was true! Aah, simple pleasures of life are very much appreciated!"